Dementia is a descriptive term for an assortment of symptoms that can be caused by disorders that affect the brain. It is not a specific disease itself and until an underlying disease or disorder has been identified it is not a clinical diagnosis. Dementia is a brain disorder that impairs the intellectual functioning of the brain and makes it hard for people to remember, learn, solve problems or communicate. It interferes with normal activates and relationships and those with dementia may experience personality changes or behavior problems, such as depression, agitation or other disruptive behavior.

It is not a normal part of aging, but the chances of developing dementia do increase with age. Mild cognitive impairments, such as poorer short-term memory, can develop as a normal part of aging. This is known as age-related cognitive decline, not dementia because it does not cause the person or the people around them any difficulties. Dementia can be clinically diagnosed when two or more types of symptoms are severe enough to affect an individual’s daily activities.

Symptoms classed as mild cognitive impairment, which are not a normal part of aging, do not qualify as dementia either since these symptoms are not severe enough to interfere with daily activities. However, for some people, the milder disease can lead to dementia later on.

Currently, there are more than 50 conditions that mimic or cause the symptoms of dementia and research shows that these conditions account for over 20% of “dementia” cases. Many of these conditions are reversible if they are treated before permanent damage occurs. Getting the right diagnosis and reporting any early signs to your doctor is important to ensure the proper treatment of dementia or any condition with dementia like symptoms.

If you would like to learn more about Alzheimer’s & dementia in Los Angeles and Santa Monica, please read on or schedule an appointment today.

Dementia involves the damage or death of brain cells which can occur in multiple areas of the brain. Depending on the area of the brain affected it can affect people differently and it can worsen over time.  Dementia can be caused by repetitive head injuries, some types of traumatic brain injuries, stroke, brain tumor or a disease such as Alzheimer’s, Lewy Body, Parkinson’s or Huntington’s can all damage brain cells and lead to dementia. The causes of some dementias are easier to understand in terms of how they affect the brain and lead to dementia:

Vascular Dementia
This results from brain cell death caused by conditions such as a stroke. This deprives the brain of oxygen and prevents normal blood flows.
Brain Injury

Post-traumatic dementia is directly related to brain cell death and is caused by an injury to the brain.

Signs and Symptoms of Dementia

If a diagnosis of dementia has already been made check with your doctor to ensure that any disease or condition that is known mimic dementia has been ruled out. Many dementia-like conditions may be reversed if they are treated before permanent damage occurs. Thus getting the right diagnosis and reporting any early signs to your doctor are important to ensure the proper treatment.

What Conditions or Diseases Mimic Dementia?

While there are over 50 conditions that mimic or cause symptoms similar to dementia, the majority of conditions and diseases that are the most often confused with dementia are:

What is Reversible Dementia?

Current research shows that there are more than 50 conditions (accounting for 20% of reported “dementia” cases) that mimic or cause symptoms of “dementia” but are in fact not dementia. The term “reversible dementia” is used to describe these cases.

If 20% of people with progressive memory complaints, or other symptoms similar to dementia, are suffering from something other than dementia, this means some patients do not receive an objective evaluation to ensure an accurate diagnosis of dementia when diagnosed.

Meet With Our Specialists

Our highly experienced doctors, state of the art technology, world-renowned personalized care, and numerous clinical trials allow us to provide our patients with the highest standard of neurological treatments in the world. We invite you to schedule a consultation with our experts today! 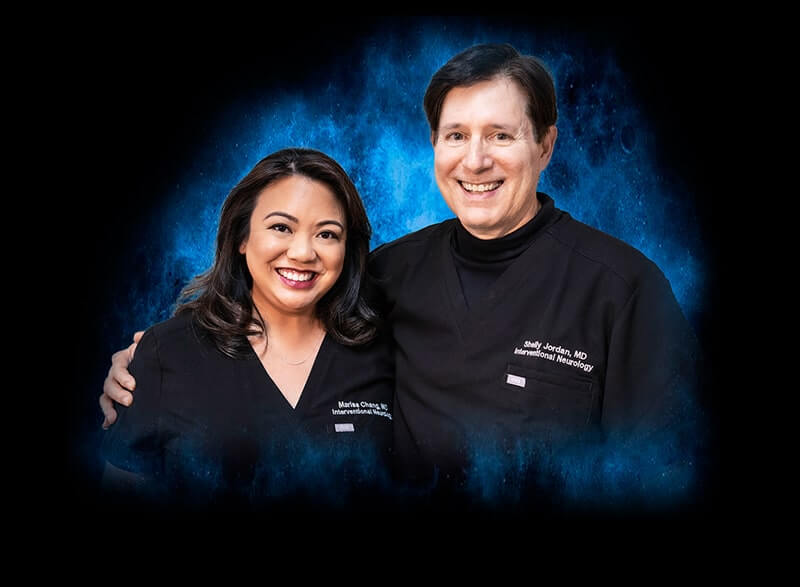 Most cases of normal pressure hydrocephalus have no known cause and are referred to as primary NHP. In other cases, patients may have a history that includes a head injury, brain tumor or cyst, brain hemorrhage, meningitis or other brain trauma.

What are the Signs and Symptoms of NPH?

Gait and balance
This problem range in severity, from mild imbalance to the inability to stand or walk. Many patients may have trouble picking up their feet, walking up stairs or curbs and they may have frequent falls. They may also walk with their feet held wider apart than normal, shuffle their feet or have general unsteadiness.
A noticeable decline in cognitive skills

This includes an overall slowing of thought process, impaired reasoning or planning ability, a decrease in concentration and/or changes in personality and behavior.

Normal Press Hydrocephalus can be diagnosed through a clinical neurological evaluation and by using one or more of the following tests: ultrasound, computerized tomography (CT), magnetic resonance imaging MRI, lumbar puncture (spinal tap), or pressure-monitoring techniques and neuropsychological testing after a lumbar punch.

To confirm the diagnosis of NPH a trial removal of cerebrospinal fluid may be done in a procedure called a lumbar puncture. This procedure helps determine if functional improvement occurs after lumbar drainage and helps to determine whether the patient is a good candidate for shunt placement.

If a patient shows a positive response to the diagnostic testing or the lumbar puncture a shunt is typically proposed to drain excess cerebrospinal fluid the brain into another part of the body. The goal of the shunt is to drain the correct amount of fluid from the brain so the patient has relief from all symptoms of normal pressure hydrocephalus.

The surgical procedure of inserting a shunt last lasts 2 to 3 hours and can lead to significant improvements in NPH symptoms for patients diagnosed with NPH in up to 60% of patients. Ongoing monitoring is required after the shunt is placed to ensure that the proper amount of cerebrospinal fluid is drained.

Learn more about dementia or normal pressure hydrocephalus in Los Angeles by contacting our specialists today!