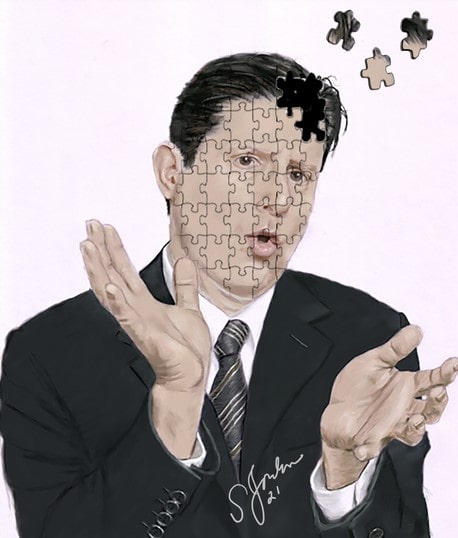 Recently approved aducanumab demonstrates the ability to rid the brain of amyloid deposits, which is one piece of the puzzle in a multifaceted treatment plan for Alzheimer’s disease.

The FDA should be congratulated for its recent approval of Aducanumab for the treatment of Alzheimer’s Disease.

I recognize a tremendous amount of heat directed at the Food and Drug Administration regarding the approval of Biogen’s Aducanumab, sold under the brand name Aduhelm, for treating Alzheimer’s Disease. Many criticisms have included the observation that there has been only a tiny clinical improvement in Biogen’s supported studies while another was entirely negative. The performance of Aducanumab is similar to other studied drugs. A recent combined analysis of the many completed anti-amyloid studies over the years has shown an overall modest improvement in clinical status.

By contrast, as with the Biogen study, there is a very large overall effect in ridding the brain of amyloid deposits. Many critics seem to be missing the concept that antibodies against amyloid deposits are only one piece of the puzzle that needs to be completed to establish a thoroughly effective multifaceted treatment plan for Alzheimer’s disease.

As others have discussed over the years, an effective program must include simultaneous deployment of other approaches, including those directed at autophagy, immune system stimulation, reduction in inflammatory processes, remediation of bioenergetics, dysbiosis, and lipid imbalances, among others. Our experience with a well-tolerated repurposed drug, bosutinib, or others such as rapamycin are among candidates that may be combined with anti-amyloid therapy.

Some have lamented the possibility that approving Aducanumab would impair recruitment for future studies. On the contrary, one might argue that the FDA was brilliant in making something available that could be combined with other drugs in overall more effective protocols. Furthermore, researchers will understand that FDA approval is not only valuable for bringing drugs to the market but also allowing institutional review boards to approve investigational protocols. In this manner, future research may be facilitated.

The cost of Aducanumab is high. However, the cost might be more affordable if other manufacturers apply to the FDA to approve previously mothballed amyloid therapies that have shown a dramatic reduction of amyloid removal with only minimal clinical benefits. The argument about the potential dangers due to edema and bleeding may be addressed by determining safer doses that may be given over longer times.

I am concerned that the FDA will have a hair-trigger to pull Aducanumab off the market with the first few side effects that will inevitably be present early on before clinical benefits are only likely to be recognizable many years in the future. In the meantime, both the FDA and Biogen should be applauded for taking bold and timely steps in a path to curing Alzheimer’s Disease.