While successful treatments for Alzheimer’s Disease and Dementia already exist, the future of clinical trials and the pursuit of finding specific remedies remains confusing. It is essential for potential clinical trial participants to know how to determine if participation in a particular trial is going to be worthwhile. 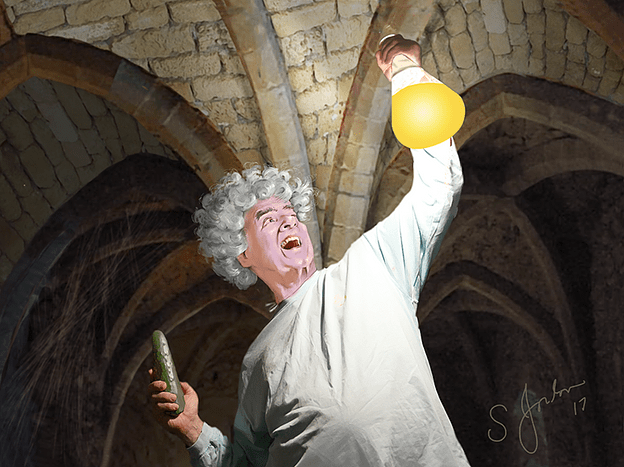 Over the past ten to twenty years, there has been a dramatic reduction in risk of developing dementia for an elderly person around retirement age. The improved chances of good brain health have been attributed to the implementation of multiple health oriented interventions including treatment of hypertension, treatment of sleep apnea, encouragement of physical exercise, treatment of diabetes, the availability of good dental care, diet and obesity management. Other factors may also be playing a role including the widespread use of nutritional supplements such as omega three fatty acids and B vitamins and use of prophylactic antibiotics such as for herpes simplex.

In an aging related condition where multiple systemic failures are likely to coexist, it would seem probable that many of these health maintenance interventions favorably interact with each other. These same health interventions have also increased the lifespan, so that more people are living to very old ages. This also brings the inevitable consequence of people afflicted with age related conditions including dementia. More very old people surviving results in an increased total number of demented individuals. While the underlying pathology characteristic of Alzheimer’s disease is the most common form encountered, there is also an increased total number of people with this condition.

There have been enormous efforts expended to find specific treatments for Alzheimer’s disease with three billion dollars spent per year on research in the United State alone. This includes over 200 failed studies. Learning from these failures enables researchers to design better clinical trials. Furthermore, in being recruited for participation in a clinical trial, potential research subjects and their families need to be sufficiently informed to make good decisions about whether a particular trial may have some merit or would be a waste of time and effort.

Be Wary of Trials with A Placebo Only Arm

There is a sticky ethical issue related to controlled trials where one group gets no real treatment in the so-called “Placebo Condition.” Although for the greater good to society, one may consider participating in such a trial, with no chance of treatment, the individual will likely suffer progressive brain damage. Increasingly, clinical trials are available where all groups get treatment. For example, one group will get active treatment to start and a second group will initially get a placebo which is then switched to active treatment should there be any worsening over time. This is one form of an “adaptive cross over design”.

Ask about hidden conflicts of interest by the investigator

Pharmaceutical companies often identify “Key Opinion Leaders” at universities who will be contracted to perform research on their product. The expectation is that favorable results will be forthcoming and then presented in national forums in a manner that would be considered credible and thereby facilitating adoption by other physicians. Key Opinion Leaders also serve as principal investigators that would discuss potential study options to potential subjects and caretakers. For clinical subject recruitment, fees of over twenty thousand may be paid to investigators. These payments may not be revealed as a source of bias in describing treatment and study options.

Furthermore, in any given institution, resources may be substantially committed to projects that have been prepaid by pharmaceutical or granting agencies. Consequently, potential subjects and caretakers may not be presented a full range of possibilities while obtaining consultation from such a committed institution. Institutions are also sometimes limited in offerings due to adherence to a certain orthodoxy in beliefs.

It is sometimes lamented that an enormous waste of effort was experienced because of a widespread adherence to a particular theory related to amyloid deposition as the cause of Alzheimer’s. The dogged adherence to a particular belief system is reminiscent of Jonathan Swift’s characterization of a scientist trying to extract sunshine from cucumbers:

“The first man I saw was of a meagre aspect, with sooty hands and face, his hair and beard long, ragged, and singed in several places. His clothes, shirt, and skin, were all of the same colour. He had been eight years upon a project for extracting sunbeams out of cucumbers, which were to be put in phials hermetically sealed, and let out to warm the air in raw inclement summers. He told me, he did not doubt, that, in eight years more, he should be able to supply the governor’s gardens with sunshine, at a reasonable rate; but he complained that his stock was low, and entreated me “to give him something as an encouragement to ingenuity, especially since this had been a very dear season for cucumbers.” I made him a small present, for my lord had furnished me with money on purpose, because he knew their practice of begging from all who go to see them.”

Tolerance of creative and alternative viewpoints is sometimes lacking in academic circles but with the painful and expensive failures related to amyloid orthodoxy, creative ideas are being more confidently expressed. Unfortunately, personnel in granting agencies and university based grant recipients are often interchangeable in a virtual revolving door so that self perpetuation may be more likely than newly invented pathways.

Finding a clinical research organization or a relevant society forum that provides many different research options and opinions and the availability of informed third party consultation are potential remedies to orthodoxy and conflicts of interest.

How to Determine if Benefit is Likely

There is a playful and famous article about the nature of evidence in clinical research regarding parachutes as an intervention to prevent injury due to free falling. There is clearly no reason to have a placebo condition in order to prove the effectiveness of parachutes. 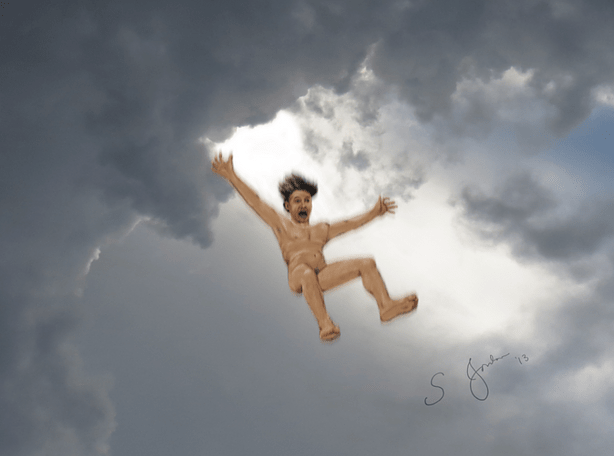 There are plenty of naturally occurring free fall tragedies to demonstrate that parachute deployment is a useful intervention. Without a parachute, the free falling person “goes splat” on the pavement. With a parachute intervention there is a very prominent treatment effect; the slow and controlled fall prevents injury. It doesn’t take many free falls to tell the big difference between parachute and no parachute. There is agreeably, very little placebo effect. If a researcher had to watch several hundred people fall to ascertain the effectiveness of the active treatment arm of a study, it wouldn’t be a very effective parachute.

In clinical research the potential effectiveness of a treatment, as with the parachute, is always determined in advance with early phases of research. The treatment effect size is required to determine how many subjects are needed to show benefit overall; this process is called a power analysis. If an advanced study requires many hundreds or thousands of subjects, it is probably not a very effective treatment, there is enormous variability of the clinical course or the study is using very insensitive measures of benefit. Look for participation in studies that is expected to show benefit with smaller numbers of individuals.

Measuring benefit is not a simple process. Many of the measures used to diagnose a condition such as Alzheimer’s disease are not sensitive to change in a way that allows for a determination of benefit.

The industry standard tests of a spinal tap for amyloid and tau protein or brain volume or PET scanning on MRI do not change in a way that can measure outcomes in a sensitive fashion, particularly over a shorter period of observation. Likewise, clinical interview scales and memory tests are highly variable depending on how tired, rushed or attentive the interviewer and interviewee may be. Advanced MRI techniques and measures of epigenetic changes and changes in biochemical constituents may turn out to be more sensitive indicators of change. We are obviously interested in getting foreknowledge of improvement before brain deterioration has more obviously occurred.

Brain Degeneration is due to a multiple system failure. Trials should employ multiple treatments.

Multiple factors have been correlated with Alzheimer’s disease risk including obesity, diabetes, sleep apnea, vascular disease, herpes infection, periodontal dysbiosis, gut dysbiosis, chronic inflammation and a variety of genetic and metabolic problems. In view of this complexity, it would seem reasonable that a multi-pronged approach would have a greater likelihood of success than a study that requires only one intervention at a time. There are several study designs that would allow a multifactorial approach. One approach would be to make sure that the potential study participant is optimized in terms of routine health interventions prior to study inception including an exercise program, weight management, treatment of sleep disorders including apnea, vascular risk factor management, deployment of nutraceuticals and so on. A multiple pathway approach can then be deployed including one or another treatment compared to either or both treatments.

Payment to and by a subject

A discussion about payments made to a subject for participation in a trial or payments made by a subject for costs related to a trial is a complex matter. Institutional review boards(IRBs) who have oversight in clinical trials are wary about large payments made to patients that would influence participation that would otherwise not be considered by a patient. Sometimes not all patient costs are covered by the researcher, however, clinical trials are generally not designed to be a profitable venture on the part of a researcher. Ethical principles suggest that justice is best served if financial barriers do not unfairly restrict access to study participation based on someone’s economic status or that disadvantaged people are taken advantage of.

Checklist on how to select participation in a clinical trial

When someone has been diagnosed with a degenerative condition, a person and their caretakers may consider participation in a clinical trial rather than surrendering to inevitable deterioration.

In selecting a possible research opportunity, several factors may be considered. A third-party discussion with an unbiased informed health provider or reference to a forum or specialized society may be a starting point. Be informed about conflicts of interest and institutions with limited research options.

In view of the complex nature of Alzheimer’s disease and other neurological degenerative conditions, research studies that are multi-pronged in approach may be more likely to be beneficial. Look for studies that, on the basis of earlier research are expected to have large clinical effects or that advanced sensitive measures are deployed that are likely to detect change prior to the onset of substantial brain injury. Be concerned about study designs that do not allow all individuals to experience an active treatment.

In wisely choosing participation in a study, affected individuals and their caretakers may feel hopeful about the future rather than feeling vulnerable to the onslaught of cognitive decomposition and loss of personal vibrancy.