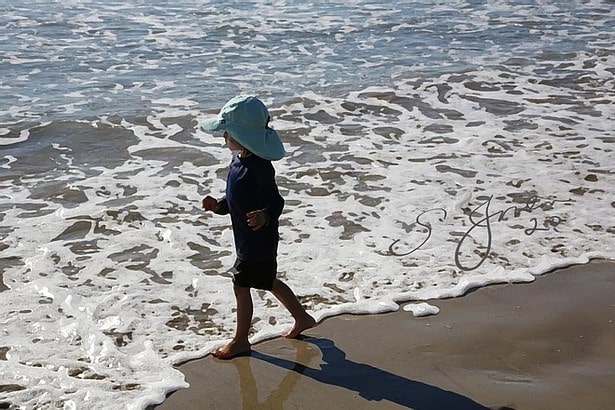 It doesn’t rain often in Los Angeles. When it does rain, it can be torrential. After one such deluge, a casual walk along the beach can present quite the surprise. The normally sparkling surf is replaced with a dense brownish froth stretching out to sea as if we are living in a B Level Horror Movie. All that toxic froth comes from detergents, petroleum products, human and animal waste, pesticides, herbicides, microbes, inorganic chemicals, metallic particulates and plastic nanoparticles. Some of these contaminants are washed out of the atmosphere and some are rinsed off the land. We don’t often see the same scene play out along the lakes, rivers and aqueducts that channel into the city’s water supply; nevertheless, this toxic run off and atmospheric washout conjures a vast array of pollutants. The Environmental Protection Agency lists several categories of contaminants that require scrutiny including microbes, disinfectants such as chlorine and chloramine, organic and inorganic chemicals and radioactive substances.

While large scale municipal water treatment plants are set up to minimize pollutants below allowable limits (Maximum Contaminant Level, MCL) they are not incentivized to minimize pollutants to levels with no known or expected risk to health (Maximum Contaminant Level Goal, MCLG). The end result is a compromise that meets an estimated risk level but does not necessarily meet ideal health and safety goals. Municipal water treatment often involves a relatively crude but inexpensive processing system that involves adding coagulants such as aluminum sulfate, filtering in relatively large pore systems and final treatment with chlorine to kill microbes. The post processing distribution systems often use old pipes that can contaminate water before reaching consumers.

Several of the residual allowable pollutants are known or suspected to be directly neurotoxic such as pesticides and fertilizer residues, lead, arsenic, cadmium, zinc, copper and aluminum. Chlorine, added as a disinfectant to water treatment may have substantial indirect effects. If there is enough chlorine and chlorine metabolites to kill bacteria in the drinking water, after ingestion there may be effects on the resident microbiome in the gut. Any resulting disturbance in microbial balance can initiate a cascade of inflammatory mechanisms and gut brain interactions that may factor in the development of Parkinson’s and Alzheimer’s disease.

Small particulate matter is not specifically scrutinized on the Environmental and Protective Agency website even though there is emerging evidence of its effect on the development of degenerative brain conditions such as Alzheimer’s disease and Parkinson’s disease. Among others, the research of Lilian Calderon Garciduenas demonstrates how small particles of metallic debris from internal combustion engines and vehicular braking in an urban environment can be swallowed or inhaled, thereby penetrating biological barriers and eventuating in the brain where it causes cumulative damage. These particles are small, in the size range of 30 to 100 nanometers, less than 1/10,000 the size of a red cell; a billion would fit on the head of a pin. Particles cling to water droplets so that these nanoparticles end up in surface and ground water. Once in the water supply, these particles are so small, they would easily pass through the filters that are typically used to purify drinking water.

The wind carries these particles throughout Earth’s atmosphere, even to remote mountain air. With rain, these plastic nanoparticles end up in our water supply. After consumption they may be found in the central nervous system where they appear to excite an inflammatory process and cause brain dysfunction. Plastic nanoparticle pollution and its effect on human brain degenerative processes is likely to become more evident with additional research. Furthermore, the problem is likely to accelerate as plastic use becomes even more prevalent.

The emergence of widespread and dangerous air and water pollutants and other factors related to urbanized society does not just affect the health of our planet. Age-related and brain degenerative diseases are newly prevalent problems that were not often recognized in historical references. It is sometimes argued that these conditions were not recognized because people died at early ages due to infectious disease and other maladies of the past. But when less industrialized societies are studied, there is a lower incidence of degenerative neurological diseases compared to more industrialized societies.

The above mentioned work from Mexico City showing early Alzheimer’s disease changes in children exposed to urban pollution is also relevant to this discussion. Parkinson’s, with its easily recognized stooped posture, tremor and rigidity was not frequently encountered until the time of post industrialized England. In short, degenerative neurological disease appears to become more problematic in urbanized and industrialized society with its attendant air and water pollution along with other factors related to modern civilization. With the emergence of new forms of nanoparticle pollution, the accelerating and deleterious effects on the mental health of humankind appear unavoidable, in spite of small improvements in worldwide incidence trends of neurological degenerative conditions attributed to control of other risk factors including obesity, hypertension and diabetes.

While we wait for government agencies to recognize the dangers of new forms of pollution and hope that municipal water treatment programs become more vigilant and efficacious, we must consider options that may be implemented on an individual basis. Installing an under the sink purification system that filters down to the nanometer range is a great option for home owners. Commercial systems that apply reverse osmosis fulfill this first requirement. Such a system would eliminate microbes and nanoparticles. Chlorine and chloramine disinfection chemicals may be eliminated with charcoal filters or UV light. Home test kits are available for these pollutants, which are well known to fish tank hobbyists and home brewery aficionados. For those unable to install under the sink systems, look for a countertop reverse osmosis filtration system that removes smaller particulates including viruses and also absorbs chlorine and other pollutants.

For those “on the go” as in gym workouts or outdoor activities, or those who don’t process their own water, commercially bottled water is an alternative choice. Bottled water may also be required for emergencies including natural disasters. Weight, convenience and the potential for breakage become additional considerations when deciding on whether to buy plastic or glass bottled products. Note that when buying glass bottles, often times the cap is still plastic. The presence of potential chemical and nanoparticle contamination by plastic is a factor that needs to be considered. The relative environmental impact of glass or plastic containers and actual chances of recycling these elements is a complex matter, but nevertheless is a very important consideration for world health that should be included in the decision process by individual consumers.

The source of bottled water is another factor to consider. “Naturally” sourced water may originate in springs that are potentially exposed to all of the same elements that make municipal water problematic. Consider a remote source removed from industrial pollution with underground collection and a reduced chances of atmospheric exposure. Commercially purified water may be an alternative, however, the purification steps and the choices of bottle composition for a particular vendor should implement measures in order to minimize particulates, microbes and chemical contaminants.

Currently, there isn’t a great solution. For those who don’t want to purify their own water, an ideal bottled water would have to come from an underground aquifer in a remote location or the water should be purified water subjected to reverse osmosis and placed in glass bottles with a metal top. Ideally, the water should be purified right before it is bottled and consumed.

So do you take the chance of turning the faucet? 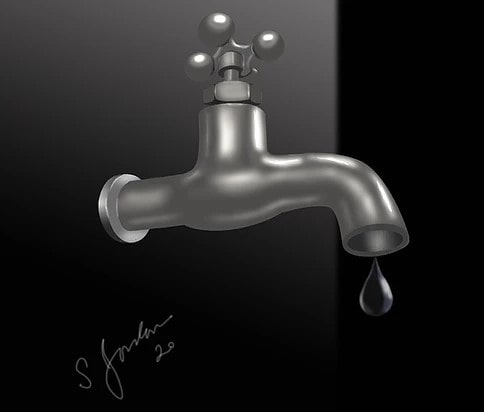 It’s an individual choice. Knowing what I do, I recommend that all of my patients become proactive and take steps to further ensure the safety of their water. A smart choice would be the deployment of a reverse osmosis system that is either a counter top unit or installed under the sink. This water can be carried with you in reusable stainless steel containers for out of home activities. Commercially purified water or naturally sourced water may be reasonable alternatives in certain circumstances, but it is important to weigh the potential disadvantages to the individual consumer and to the environment related to the production, deployment and recycling of containers. While government agencies may extol the safety of tap water, significant issues need to be addressed before we can trust that the water coming out of our tap is isn’t killing us- one nanoplastic gulp at a time.