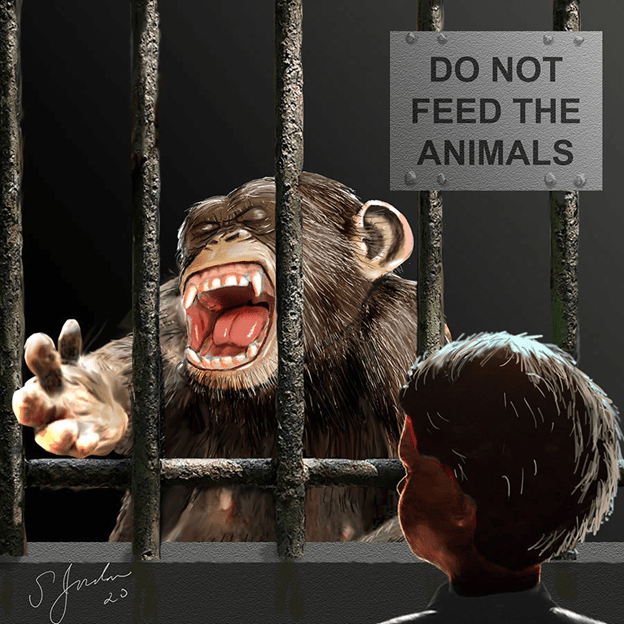 As a child going to the Zoo, I can remember walking alongside the animal enclosures and munching on my popcorn and pretzels. The monkeys were particularly envious of my snacks and would gesture to share in my bounty. Meanwhile, I was always surprised by the posted signs saying “do not feed the animals”. The irony did not escape me; why would my food be any more dangerous for the animals than it may be for me? Only as an adult and as a physician did it dawn on me I more fully understand that the sign was a warning to me as a human as well. We have reexamined the modern Western diet and we are wondering whether our prehistoric ancestors may have had a more suitable diet.

The mythic hominid hunter gatherer subsisted on a diet of game that he chased after, root vegetables, berries and nuts. There was no refined sugar or fiber free carbohydrates such as white bread. Many present day Western diets try to emulate the Paleolithic diet while eliminating sugar and refined starch foods. The idea behind adopting this mythical diet was that our bodies are likely to be best suited to a diet that our bodies evolved along with over the course of a hundred thousand years. By contrast, the agricultural revolution spanning only ten thousand years hasn’t allowed our genome, and consequently, our metabolism to catch up to the change to a diet of processed grains. To the surprise and disappointment of many, while following the mythical menu and adding a good dose of exercise, central adiposity (big bellies), metabolic syndrome (hypertension, insulin resistance, obesity, and hyperlipidemia) and diabetes are all conditions that may not be alleviated. One additional element of the Paleolithic diet is now coming into focus and is becoming more frequently deployed: exposure to periods of relative starvation.

Due to seasonal variations in food supply and random catastrophes including war and drought, primordial man was exposed to periods of famine. Our ancestors evolved to respond to periods of fasting. It is notable that early colonists observed that Native Americans appeared to encourage voluntary periods of fasting to be better prepared for future shortages. It has been repeatedly demonstrated in research of the animal kingdom from worms to monkeys that caloric restriction and fasting appears to make animals healthier and longer living. One may ask why avoiding food may actually improve health and extend life. From a Darwinian perspective, it may be argued that famine resistance confers a survival advantage to those individuals and species that evolve to meet these challenges. In fact, intracellular sensing mechanisms detect caloric restriction and respond by adjusting metabolism in ways that appear to confer longevity. Certain supplements, such as NAD, have been proposed to modulate these sensing mechanisms in order confer benefits even without going through the actual deployment of caloric restriction.

Presently, one popular way to voluntarily restrict feeding times is to follow a schedule of intermittent fasting. The plan is to avoid night time snacks and compress meal times into a schedule of 8 to 12 hours. For example, an individual may finish supper at 7 PM and then not eat until 7 or 8 the next morning. The type of foods eaten is unchanged but the schedule of feeding is restricted. How intermittent fasting may be helpful in avoiding or treating central adiposity and metabolic syndrome requires a description of how metabolism goes awry with these conditions.

Imagine an individual with obesity; there is likely someone you know with this condition since the CDC estimates that almost 50% of Americans are obese. Often there is a prominent belly. Fat is deposited below the skin and also around internal organs in the abdominal cavity. Fat is composed of cells called adipocytes that store triglycerides. Triglycerides are molecules made up of a backbone of glycerol with fatty acids hooked on at three locations. One of the most common molecules hooked onto glycerol is arachidonic acid, an Omega 6 fatty acid that is pro inflammatory in nature which may play a role the development of atherosclerosis and the promotion of insulin resistance and additional obesity. Arachidonic acid is produced from Omega 6 precursors that newly incorporated into modern diets due to corn and soy grain products and animals fed on them rather than with natural grass feed. Omega 3 fatty acids such as DHA may be consumed in the diet while replacing arachidonic acid and potentially minimizing inflammation. DHA and EPA, metabolites of Omega 3 precursors such as Linolenic Acid is found in marine sources in our diet.

While eating throughout the day, insulin is frequently secreted to deposit excess glucose into a storage form in the liver and muscles called glycogen; the excess is converted to fat and stored in adipocytes. The excess fat contributes to reduced satiety with meals resulting in overeating. It appears that the presence of obesity reduces the ability of the hypothalamus appetite center to be sufficiently suppressed by the satiety peptide, Leptin. The frequent stimulation of insulin and the excess of adipose tissue appears to cause a resistance to this hormone with resultant elevated blood glucose levels. Hyperglycemia overloads mitochondria with too much high energy substrate which results in the overproduction of electrons that react with oxygen producing free radicals and other unstable molecules which break down cellular structure. Furthermore, the excess glucose is metabolized to toxic by products such as sorbitol. 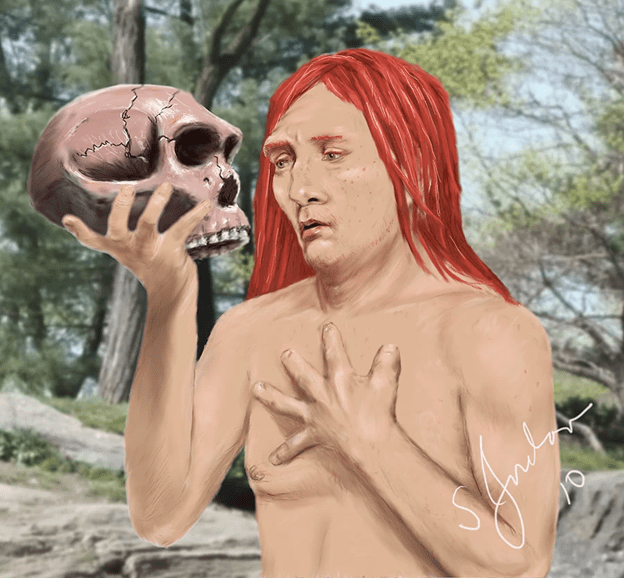 While fasting, in trying to simulate our ancestors’ exposure to famine, insulin secretion is decreased, glycogen stores are partially depleted and fat is mobilized from adipocytes while reducing body weight, potentially restoring Insulin sensitivity, correcting hyperglycemia and reducing mitochondrial redox stress. With repeated fasting and substitution of Omega 3 fatty acids in the diet, the hope is to reduce the overall inflammatory effect of the previously resident Omega 6 fatty acids. An additional hope is that with reduction in obesity will restore Leptin sensitivity allowing for enhanced satiety with meals and subsequent weight loss. Animal studies and emerging evidence in humans demonstrates the potential for intermittent fasting to increase brain performance in elderly individuals and potentially forestall deterioration in degenerative conditions such as Parkinson’s Disease and Alzheimer’s disease.

In the final analysis, our Paleolithic ancestors not only ate types of foods which are now considered to be healthy, but they also voluntarily or unwittingly practiced intermittent fasting, a practice that our bodies have incorporated in a genetic blueprint that optimizes or body and brain function.